The fundamental purpose of rank and precedence is to determine who or what goes first. Most people associate the terms with seating charts, receiving lines, state dinners, and ceremonies on the White House lawn. All those events, and many other daily activities, including who attends a particular business meeting, the location of your office, and who has a better parking spot, are dependent on the concepts of rank and precedence. They are at work in all human engagement, even when we’re not thinking about them, like when two people come to a door at the same moment. You don’t typically stop and think, “Hmm, should I go first? Or should I let the other person enter first?” You automatically consider several factors: is the person carrying lots of boxes, on crutches, are they older, a woman, the boss… In the business world, as in government and diplomacy, you and your events succeed when you apply rank and precedence properly.

Rank: a person’s official grade or position within a group based on seniority. It can be based on professional, political, religious, military, or royal position. Age, affiliations, gender, health, family ties, the specific situation (in-city/state/country or out-of- city/state/country), and other factors, such as languages spoken, can also play a contributing factor in establishing rank within a group. Rank is usually not transferable; you cannot give someone your rank if they are representing you at an event, for example.

Precedence: The order or ranking of government, military, and in some cases, civic leaders for diplomatic, ceremonial, and social events, at home and abroad. In the U.S. the President, through the State Department’s Office of the Chief of Protocol, establishes the U.S. Order of Precedence. It is reviewed and revised from time to time as offices and personnel change. The Chief of Protocol is the custodian of the U.S. precedence list.

Most nations and government jurisdictions have a precedence order they observe for their officials, although not every level of government publishes a list. Likewise, corporations, universities, religious organizations, and other entities usually have systems of precedence. These systems may be unofficial—in the form of lists, organizational charts, or merely tradition, but those of us in business, particularly in the global arena, must be alert to their existence and seek them out.

Practical Applications of Rank and Precedence

Rank is the primary factor that determines precedence: the order and physical location or placement of people and things. Precedence impacts many key aspects of human interaction, whether it’s a basic meeting or an international summit, including:

Once you know a few rules and guidelines about precedence, you will have the tools to handle most situations, as well as a measure of defense to apply in the protocol aspects of your work, when people want to do something that may not be appropriate, like be seated where they shouldn’t be, or insist on being in a receiving line or a meeting that they have no business being in. When there is no official order of precedence you can rely on, these are some rules that will help.

Rule 2 Individuals with roughly equivalent positions or titles have the same general level of precedence.

See Rule 12 for guidance on how to rank members within each group.

Rule 4 Rank is personal, and is usually not transferable.*

* Use common sense. Occasionally, adjustments are necessary, and a representative of a highly-ranked official may be given a better seat or position than his own lower rank would otherwise merit.

Rule 5: Spouses without official rank assume the rank of their husband or wife. When both spouses have official rank, the couple assumes the position of the higher-ranked spouse. This is the most common exception to Rule 4.

Rule 6: Courtesies and privileges are extended to the office or position. While there is always some flexibility for hosts/organizers to give special consideration to someone, most courtesies and privileges are extended by virtue of the office someone holds, and not because you like the individual. For example, When the U.S. ambassador departs his position, he loses the priviliges related to the office. Likewise, a business leader may serve on a certain committee and be invited to related events, but when he no longer serves on that committee, the invitations and related privileges will probably stop.

Rule 7: Chiefs of state and heads of government are ranked by tenure as established by the Congress of Vienna in 1815, and not by the size or power of the nations represented. 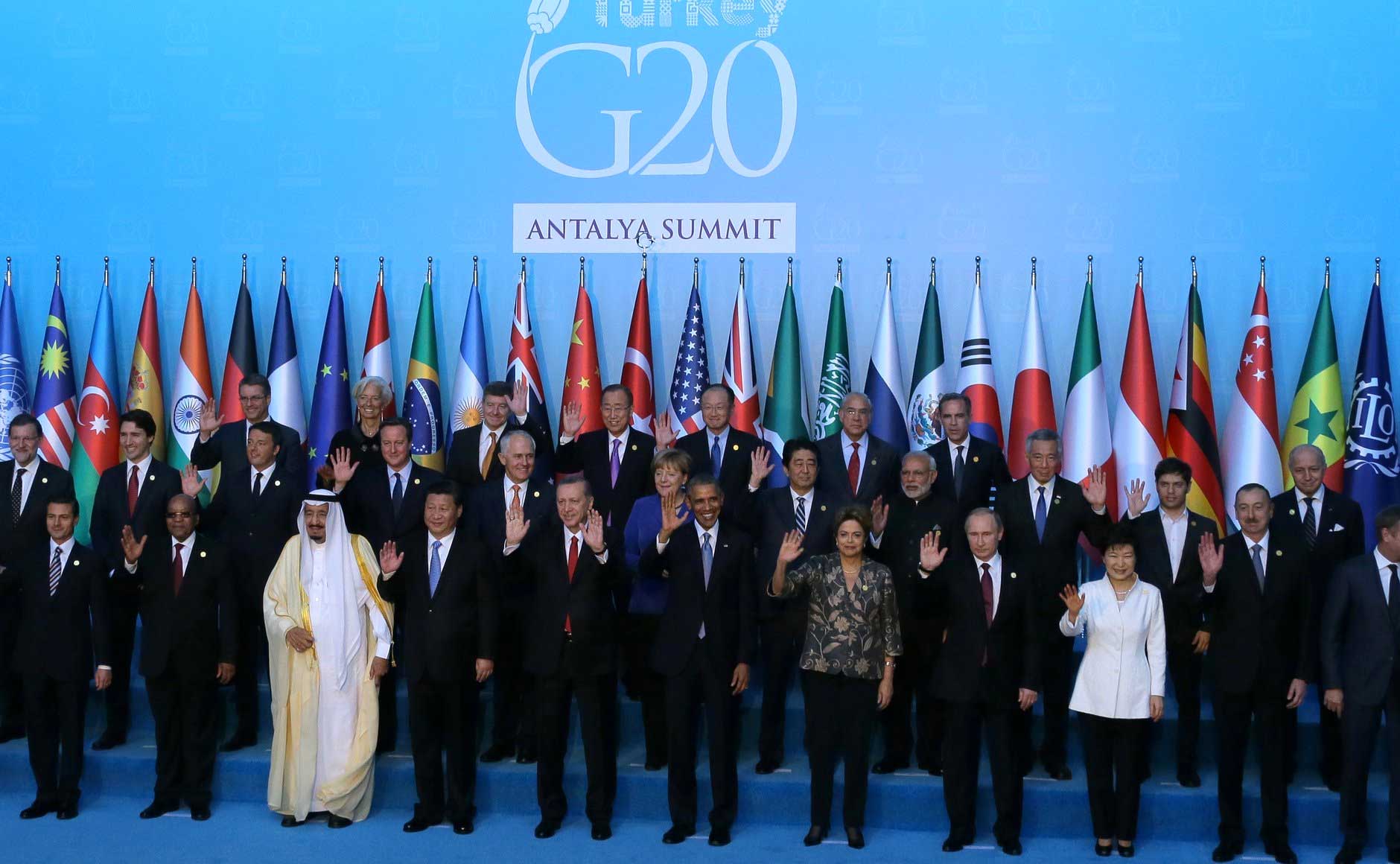 Rule 8: Heads of diplomatic missions (i.e., ambassadors) shall take precedence in the order of the date and time they were accredited by the government receiving them, as established by Article 16 in the 1961 Vienna Convention on Diplomatic Relations.

Rule 9: Consular heads of post are ranked within each class (consuls general, consuls, vice-consuls, consular agents) according to the date they were accredited by the receiving nation as determined by Article 16 of the 1963 Vienna Convention on Consular Affairs.

Rule 10 The Rule of Right: Have you ever wondered why the “place of honor” is to the right of the event host? According to the Vancouver Protocol Manual, the Rule of Right comes from the ancient Middle Eastern Kingdom of Sumer. The rule dictates that the most important position, in relation to a King, is on his right side. This may be why this tradition continues in most countries even today:

Rule 11 The Rule of Reciprocity: the mutual exchange between nations of privileges and rights, and occasionally their withdrawal. It is a long-standing international principle that all diplomats exchanged between two countries will enjoy roughly equivalent privileges and rights. However, this also applies to most human interactions, whether social or business, from who’s on your Christmas card list to the business card exchange. We feel obliged to do for others what they do for us. This rule may come into play when hosting distinguished visitors, determining whether to host an event and what type, how many people will be allowed in a meeting and other key points.

Rule 12: When there is no official order within a group of equals, precedence can be determined by many methods. Two of the more common orders are:

Here are some reminders to help you organize a meeting, visit, trade mission, or special event in a way that is mindful of the rules of rank, precedence, and reciprocity.

Protocol Pointer 1: When integrating individuals from different groups (i.e. public and private sectors, celebrities, religious leaders, members of the military, etc.) use extreme care when ranking and determining comparable positions. Consider various factors: size and importance of the organization represented, seniority, situation, sponsorship level… For example the chair of a major multinational company might be ranked with a senior government official; a generous philanthropist might be ranked with an archbishop…

Protocol Pointer 2: Rank and precedence can be flexible when the situation requires it. Exceptions to the rules should be considered carefully and exercised judiciously. Know what is correct but do what is most appropriate.

Protocol Pointer 3: Clearly explain deviations from the usual precedence order or any changes and get approval from key decision makers on all sides.

When there are different orders of precedence, whose do you use?

If there is a dispute regarding the order of precedence between countries or organizations not addressed by mutually recognized rules, that of the hosting organization or country is usually followed.

What is the order of precedence for speakers on a program?

Precedence for speakers is usually in ascending order, with the most senior dignitary speaking last, but many factors can impact the order, including:

How do you determine the order of precedence for your organization when there isn’t one documented?

All institutions have orders of precedence. Some are formal and agreed to by treaty or charter. Others may be informal and used by tradition with no written guidelines, but if you do a little research and talk to people you can usually figure it out. Once you have done this, I strongly encourage you to put it in writing and get the necessary approvals so that it can become part of your organization’s accepted policies. Then everyone will know the rules and have a tool to use as a guide.

Depending on the organization here are some places to start:

In general, the first party in each pair below outranks the second party.

Trackback from your site.

Garza Protocol’s mission is to help our clients succeed in the global market by providing practical protocol & business etiquette training, expert visit and event management, and strategies for corporate diplomacy.

Build successful international business relationships. Communicate effectively with people from any culture. Apply the rules of protocol for strategic benefit.